Grammar
- Comparative and superlative adjectives
The whole matter is further complicated by the fact that they refuse to sit down and negotiate.
It is best to get to know about the culture of the country where you truvel to.
- Articles
We lay food on the altar as we believe that our ancestors will enjoy the meal with us.
We did have a great time in the ancient city of Hoi An.
VOCABULARY
Words and phrases related to tradition, cultural characteristics and superstitions
belief, superstitious, wedding ceremony...

III. Mark the letter A, B, C, or D to indicate the correct answer to each of the following sentences. 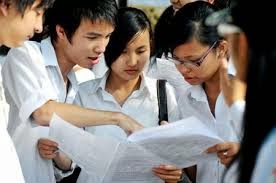