Ethereum was sorting some issues with network congestion, while DeFi boom was seen driving demand for Ether. Ethereum might begin another rally as on-chain metrics become more sustainable. An Ethereum bullrun heralds good fortune for the altcoin market as well. At press time, Zcash struggled against selling pressure while Steem appeared to be on the verge of a breakout. 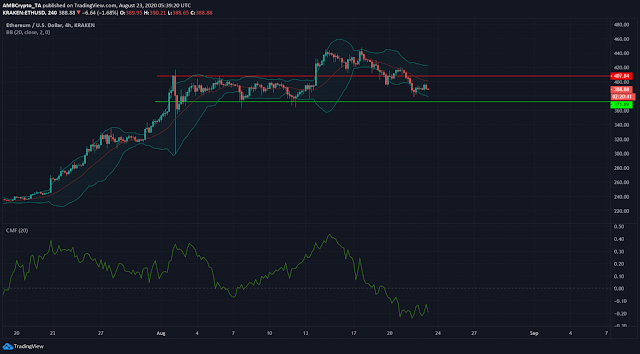 ETH indicated bearishness in the short-term. Important levels to watch are $371 as support and $407 as resistance. If ETH broke below support, it is possible it can slide down to $320.

At the time of writing, Ethereum had a marketcap of $44.4 billion and a trading volume of $10.1 billion. 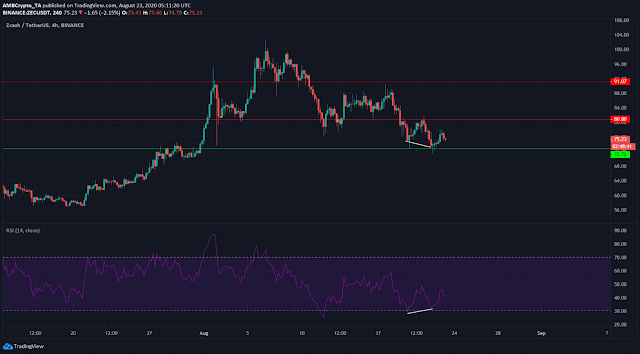 Zcash was trading above support at $72. RSI showed a reading of 41 and was unable to break past neutral 50. This indicated a further downtrend.


A bullish divergence was spotted (highlighted in white on chart). Price made lower lows, while RSI indicator made higher lows. This caused the small bump up to $76 for ZEC. Unless it can make a higher high, there is a short-term bullish case for ZEC. 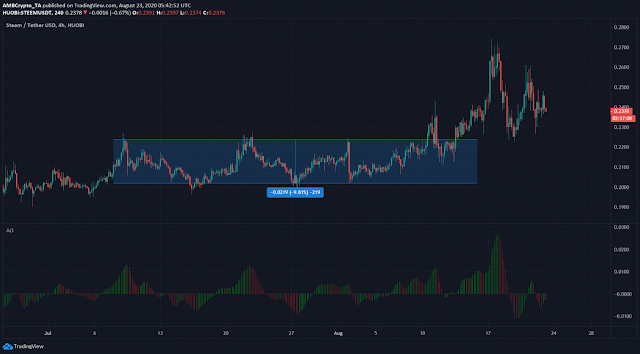 Steem has a marketcap of $89 million and ranked 111 on CoinMarketCap.

It exhibited range-bound behavior for most of August. It decisively broke-out a week ago to reach local highs at $0.27. Price revisited the range top at $0.22, to test it as support before surging once more.

At press time, STEEM traded at $0.237. Awesome Oscillator showed a weakening bearish momentum. A momentum shift in the coming hours could give STEEM some steam for its next leg up.

If selling pressure increased, STEEM could find itself trading inside the August range.