What Is Curve (CRV)?

Curve is a decentralized exchange for stablecoins that uses an automated market maker (AMM) to manage liquidity.

Launched in January 2020, Curve is now synonymous with the decentralized finance (DeFi) phenomenon, and has seen significant growth in the second half of 2020.

In August, Curve launched a decentralized autonomous organization (DAO), with CRV as its in-house token. The DAO uses Ethereum-based creation tool Aragon to connect multiple smart contracts used for users’ deposited liquidity. Issues such as governance, however, differ from Aragon in their weighting and other respects.

Who Are the Founders of Curve?

The founder and CEO of Curve is Michael Egorov, a Russian scientist who has various experience with cryptocurrency-related enterprises. 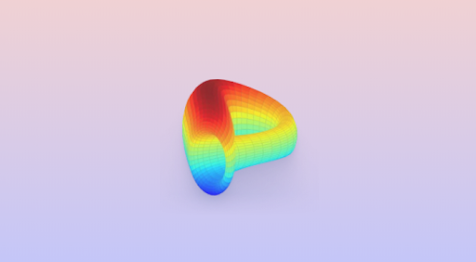 In 2015, he co-founded and became CTO of NuCypher, a cryptocurrency business building privacy-preserving infrastructure and protocols.

Egorov is also the founder of decentralized bank and loans network LoanCoin.

Curve’s regular team is part of the CRV allocation structure, and will receive tokens according to a two-year vesting schedule as part of the initial launch plan.

In August 2020, Egorov said that he “overreacted” by locking up a large amount of CRV tokens as a response to yearn.finance’s voting power, awarding himself 71% of governance in the process.

Curve has gained considerable attention by following its remit as an AMM specifically for stablecoin trading.

The launch of the DAO and CRV token brought in further profitability, given CRV’s use for governance, as it is awarded to users based on liquidity commitment and length of ownership.

The explosion in DeFi trading has ensured Curve’s longevity, with AMMs turning over huge amounts of liquidity and associated user profits.

As such, Curve caters to anyone involved in DeFi activities such as yield farming and liquidity mining, as well as those looking to maximize returns without risk by holding notionally non-volatile stablecoins.

The platform makes money by charging a modest fee which is paid to liquidity providers.


How Many Curve (CRV) Coins Are There in Circulation?

Curve (CRV) launched in August 2020, along with the Curve DAO. Its purpose is to function as a governance medium, incentive structure and fee payment method, along with long-term earnings method for liquidity providers.

The total CRV supply is 3.03 billion tokens, the majority of which (62%) are distributed to liquidity providers. The remainder is divided as follows: 30% to shareholders, 3% to employees and 5% to a community reserve. The shareholder and employee allocations come with a two-year vesting schedule.

CRV had no premine, and the gradual unlocking of tokens means that around 750 million should be in circulation one year after launch.

How Is the Curve Network Secured?

As Curve only supports stablecoins, the risk of markets moving too quickly is reduced, but users can still lose money once markets are rebalanced to reflect cross-market prices.

Curve has been audited, but this does not do anything to counter the risks involved in being exposed to a specific cryptocurrency.

Where Can You Buy Curve (CRV)?

CRV is a freely-tradable token and is available against cryptocurrency, stablecoin and fiat currency pairs on major exchanges.

These include Binance, OKEx and Huobi Global, which hold the lion’s share of trading volume as of September 2020.

New to cryptocurrency and want to know how to buy Bitcoin (BTC) or any other token? Check out the details here.