A Dive Into Ethereum 2.0

Ethereum 2.0 is slated to be launched soon, and given how this network is home to the second-largest crypto by market cap in the world, the transition needs to go smoothly.

Ethereum 2.0 — also known as Serenity — is the long-awaited upgrade to the Ethereum blockchain.

‍
It's a big deal. Given how this network is home to the world's second-largest cryptocurrency by market cap, the transition needs to go smoothly. Billions of dollars are at stake (quite literally!)
‍
Check out our FAQ to find out the pros and cons of this new-look Ethereum network, what the roadmap looks like and what it means for decentralized applications.
‍What Is Ethereum 2.0? 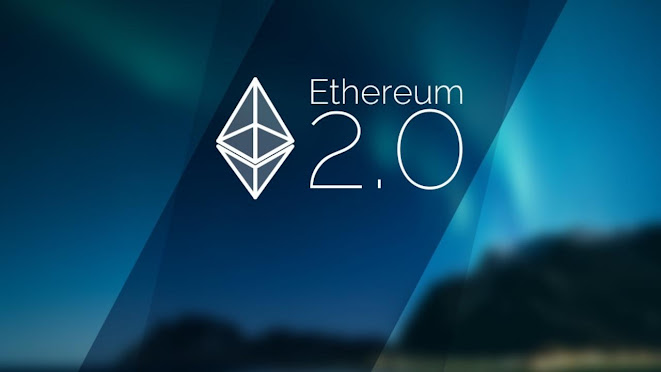 In a nutshell, Ethereum 2.0 will result in the blockchain shifting from a proof-of-work consensus mechanism (also used by Bitcoin) to proof-of-stake. This is going to be a marked departure from a tried-and-tested protocol that's been used for five years.
‍
This won't result in a brand-new cryptocurrency being created — your ETH will be exactly the same. Instead, most of the changes are going to be at the backend, technical enhancements you probably won't even notice.
‍The ETH 2.0 blockchain network has been in the works since 2015, and it won't be implemented overnight. One of the main goals is to boost capacity, meaning that transactions can be executed faster. An explosion in open-source DApps, not to mention the decentralized finance sector, have overwhelmed this blockchain network.
‍For an example, just look at what happened when CryptoKitties launched in the heady days of 2017, when Ether and Bitcoin were heading to all-time highs. Demand for these collectible cats reached such a peak that there were tens of transactions stuck and waiting to be processed.
‍Future-proofing the mainnet to ensure that it is scalable could end up being crucial to its survival. Without it, crypto enthusiasts could end up taking their business somewhere else.
‍How Is Ethereum 2.0 Different From Ethereum 1.0?
Blockchain technology company ConsenSys has a neat way of describing how ETH 2.0 is different to its predecessor ETH 1.0.
‍Imagine that Ethereum 1.0 is a busy road with a single lane going in each direction, meaning all of the cars have to crawl through at a slow pace when there's congestion.
‍Ethereum 2.0 is going to introduce sharding (more on that in our next question,) which has the effect of turning the blockchain into a motorway with dozens of lanes. All of this will boost the number of transactions that can be handled concurrently.
‍The shift from PoW to PoS is going to be extremely significant, not least in terms of energy efficiency. Proof-of-work uses a jaw-dropping amount of power — so much so that a single transaction on the Bitcoin blockchain has a carbon footprint that's equivalent to 667,551 VISA transactions. One payment on Ethereum 1.0 ends up using more electricity than the typical U.S. household does in a whole day.
‍Estimates from the Institute of Electrical and Electronics Engineers (that's IEEE for short) suggest that the ETH 2.0 upgrade will cut energy usage by a whopping 99%. This means that, as well as contributing to the quest for financial freedom, the blockchain won't be calamitous for the environment.
What Are Shard Chains?
Sharding is the technology that will make Ethereum 2.0 scalable. It effectively involves splitting the blockchain mainnet into loads of tiny shard chains that run alongside each other. Instead of transactions being executed in a consecutive order, they'll be handled simultaneously — and this is clearly a much cleverer use of computing power.
‍
As the ConsenSys team explained: "Each shard chain is like adding another lane to upgrade Ethereum from a single lane road to a multiple lane highway.  More lanes and parallel processing leads to much higher throughput."
‍Now, you may be thinking "This is genius! Why wasn't this done from the start?!" — the answer, to be blunt, is that life isn't that simple.
‍One of the biggest downsides of sharding is how it can compromise security if it's done poorly. Because fewer validators will be tasked with keeping each of these mini shard chains secure, there is a risk that they could be overtaken by malicious actors. It all harks back to that classic trilemma that has baffled cryptography enthusiasts for years: scalability, decentralization and security — you can pick two.
‍How Does Staking Work?
A significant change in the Ethereum 2.0 blockchain will be the shift to staking. This will entail a complete rethink about how new blocks are confirmed.
‍The PoS system, known as Casper, involves validators putting their money where their mouth is. In order to be given the privilege of adding new blocks to the blockchain and receiving a reward, they need to cough up 32 ETH that will be locked away. You could compare this to an insurance policy — just like you'd lose your security deposit if you trashed a hotel room, validators risk losing their ETH if they fail to act in the interests of the blockchain network.
‍As you'd imagine, this is vastly different from the way Ethereum works right now. New blocks are mined by those who have the most computing power — technology that's far out of the reach of the everyday consumer. With the proof-of-stake consensus, blocks are usually delegated in a proportional way, based on how much crypto someone has locked up. So: a person who has staked 5% of the total will end up validating 5% of the new blocks, and receiving the reward. With Ethereum 2.0, validators are going to be chosen at random.
‍Let's talk money. How big are the rewards going to be? Well, this will depend on how many validators there are — and it'll diminish over time. Ethereum's roadmap suggests that the maximum gain would be 18.1% on top of the 32 ETH, or as low as 1.56%.
‍Assuming, as an example, that 1 ETH was worth $300, this would require a total investment of $9,600 in order to become a validator. That's a hefty chunk of change. Because of this, staking pools have emerged where crypto enthusiasts will be able to bring their Ether together and split the proceeds.
‍Will Proof-of-Stake Be the End of Ethereum Mining?
To cut a long story short... yes. Ethereum mining pools are going to be twiddling their thumbs and looking for something to do once ETH 2.0 is fully launched. They might have to shift their attention to altcoins, or begin a new career as a staker. 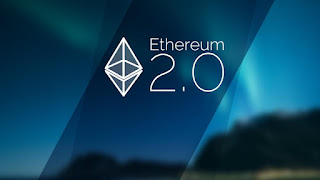