The steps are as follows:

The registration is very simple and completely free.

You send 1 message according to remitano's instructions to complete

Step 3. Login Remitano and download Remitano App, install App on your phone.
So you have completed the registration, authentication and app installation to mining renec coin. 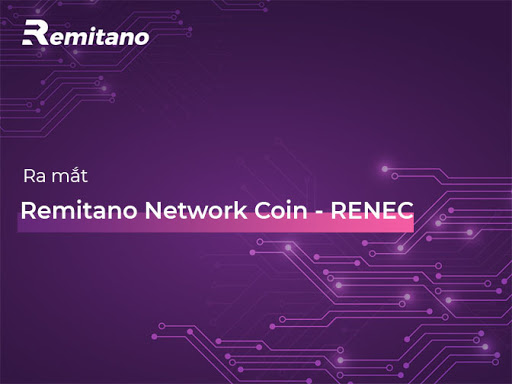 How to mine renec coin?

Log in to the app daily to mine. Open the app once a day and you're done.

Why blockchain and cryptocurrencies

Blockchain and cryptocurrencies allow everything to be transparent, permissionless, at the sametime, secure. You cannot fake a transaction on the blockchain because everything is rigorously verified by computers. At the same time, your personal information is protected because an easily generated private key is everything you need to transact on the blockchain. A corrupted organization cannot block your transaction because in a blockchain, every transaction is replicated all over the world.

Blockchain has made it possible to transact globally cheaply. You can transfer value across the globe in seconds at an incredibly small amount of fee, sometimes for free. Filling a long form of paper to justify your 500$ transfer to your relative overseas and waiting 10 working days for it to arrive is just a terrible distant past.

Once in a while, a new blockchain comes to the market promising something exciting, either an improvement in performance or new capabilities. Together with it, a new TOKEN will be sold to you so you can utilize the new capabilities. This is not necessary a bad thing, however the new TOKEN bring all the new problems with it, and it will take serious effort to marketing the new token, at the same time put the early investor at risk because the new TOKEN value may very well go to zero.

Remitano Network is not a single blockchain, rather it is a set of blockchains designed to be interchangeable from the beginning. The initial network will be a simple value transfer one, similar to bitcoin, litecoin but with faster block time and more efficient consensus protocol. Then we will add a token decentralized exchange to the network, and then the decentralized fiat-token escrow, and last, a full ledge smart contract platform. As we discover new technologies in the blockchain space, we will add it to the Remitano Network, so with the RENEC token, investor should have the ability to transact quickly, exchange cheaply, escrow reliably, and performing sophisticated smart contracts.

Each blockchain will have a specific scalability capacity. With the initial blockchain, we don’t expect it to be huge. But since the network is designed to be extensible from the beginning, we will be adding multiple new blockchain technologies to the network, allowing it to achieve the level of scalability second to none.

In order for RENEC to be utilized on different technologies, every blockchain in the Remitano Network will need to implement cross-chain communication capability, allowing a specific amount of TOKEN to be locked on a blockchain and simultaneously unlocked on the other blockchain.

Addresses without checksum have cost many users serious loss of money. Remitano Network takes this issue seriously and all addresses on the network will have checksum capability. If you type just one letter wrong in the address, the transaction will be stopped and no loss will happen. Also, Remitano Network uses a distinctive address format compared to other networks, so that it’s impossible to incorrectly send your coin to an address that your wallet or exchange can’t (or not willing to) recover.

Mis-sending has happened a lot in the past due to similarity in address format among BTC/BCH/LTC, ETH/BSC.

4 products have been initially planned to be developed on the Remitano Network. All products will be running on 1 single node software. So when a new blockchain is added to the network, users only need to download the new node software and replace the existing one. The node software shall be available on Linux, Windows and Mac OSX.

The first blockchain offers just a simple ability to transfer RENEC from one person to another.The network will also support TOKENs, which are other coins wrapped on the network. The TOKEN is similar to the ERC20 token on ETH, except it will be much more simpler. You can’t do crazy smart contracts with it yet.The network will also support multisig wallets, allowing multiple people to co-control a wallet. We don’t offer a lot of crazy things in the first blockchain, except a built-in ability for the token to be transferred to the next blockchain. RENEC will be premined 100% and all circulating tokens will be airdropped to users who joined the mining program prior to the launch of mainnet. The rest of the token will be burned to ensure the fair distribution and limited supply of the TOKEN. There will be no ICO or IEO. You need to join the mining program to own RENEC.

A pair that swap from/to RENEC will incur a fee that is only 40% to a pair that doesn’t. If a pair featuring RENEC, the swap fee will always be collected in RENEC. In other case, the swap fee is always collected on the receiving amount.

The third blockchain will be a decentralized escrow, which allows the transacting between fiat and crypto securely. Although it’s generally believed that it’s possible to skip KYC on the decentralized escrow, it’s known that KYC provides necessary protection from fraud money. So although it’s a decentralized solution, there will be oracles on the network that provide KYC information and seller will be able to require buyers to complete KYC with at least an oracle among his trusted list to be able to perform in the escrow. An escrow on RENEC token incur 0.4% in fee paid to the arbitrator. An escrow of other TOKEN will incur 1% fee paid to the selected arbitrator.

The fourth blockchain will be a full-ledge smart contract with the ability to perform sophisticated contracts, similar to the one on the Ethereum network. RENEC will be used to pay for gas to run contract on the network

For every RENEC claimed by the community, 0.25 RENEC will be awarded to the development team and be unlocked over a period of time to fund the development and marketing of Remitano Network.

If a user introduced other users to the program, he will be rewarded 20% as their referred users mine RENEC.

Plan for the usage of the development fund

The schedule for the development fund unlock:

After 5 year, 30% of the fund will remain, and a voting mechanism will be developed so different teams can bid on the next improvements to the network and be granted appropriate amount by RENEC holders.

Remitano.com commits to deliver the first 3 products for the Remitano Network, namely:

The Remitano Network will be built through a series of phases which usually last for a quarter each. Through each phase new product will be brought through 3 states: development state, testnet state and then mainnet state. It is estimated that each product will be stable after 3 quarters since its inception.

Notice: The roadmap below is just for reference, it’s up to remitano.com to adjust the roadmap along the way to ensure the appropriate quality of the Remitano Network.

In phase 1, a mining program via remitano.com will be launched, allow users to start claiming RENEC

From phase 6, we will continue to perform further research for great blockchain solutions and add similar capabilities to the Remitano Network